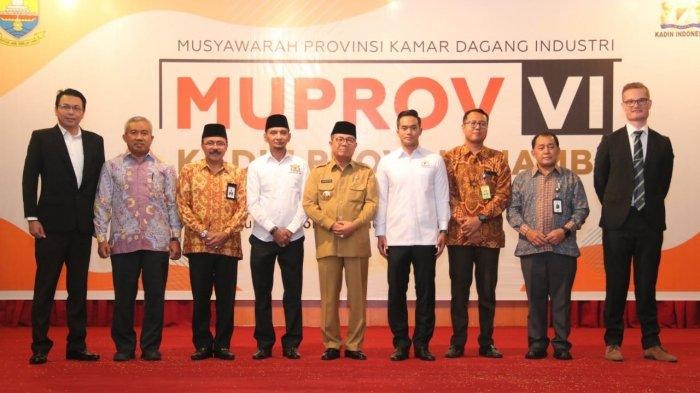 Jambi Governor Dr. Drs. H. Fachrori Umar, M.Hum officially opened the VI provincial meeting of the Jambi Province Chamber of Commerce and Industry (KADIN). This event was held on Monday (9/23) in the auditorium of the Governor's official residence.

"If we unite together, move with enthusiasm to develop the country, the Jambi Province will turn into an Orderly, Superior, Comfortable, Tough, Fair and Prosperous Jambi Province. I ask Kadin Jambi Province to be a major part of the change and as governor I urge that all entrepreneurs in Jambi province to be more independent without relying solely on government projects, entrepreneurs are expected to be the government's strategic working partners to create new jobs for the community. Jambi Provincial Chamber Must Think Visually "said the Governor.

Continued by the Governor through the VI Muprov Kadin Jambi Province must be able to create a more rational program in conducting in-depth discussions to formulate better future programs.

"As part of your organization's members you have to respond to the differences that exist as a source of strength and not vice versa as a source of division. Congratulations to keep on creating and working towards a brighter future to offer to the people of Jambi at this time or in the future" he said.

Meanwhile, Kadin Indonesia's Deputy Chairperson for Organization, Membership and Empowerment (OKP), Anindya Bakrie, in his speech said that this Musprov is not only an organizational mandate that must be carried out every 5 years, but it is also part of the discussion and hospitality forum as well as thinking about how can the Jambi Province region develop forward in line with other regions in Indonesia.

"I invite the entire Kadin Jambi Province to formulate programs to focus more on the problems faced by the region and the nation at this time. Especially in the economic and business world, Kadin certainly knows exactly where the steps to go in development in Indonesia are, "explained Anindya.

Anindya invited to see the opportunity (industry and service sector growth) to improve the economy in Jambi Province. "I see that Jambi is now very developed and there are a lot of potentials that can be developed for the welfare of the community," he said. 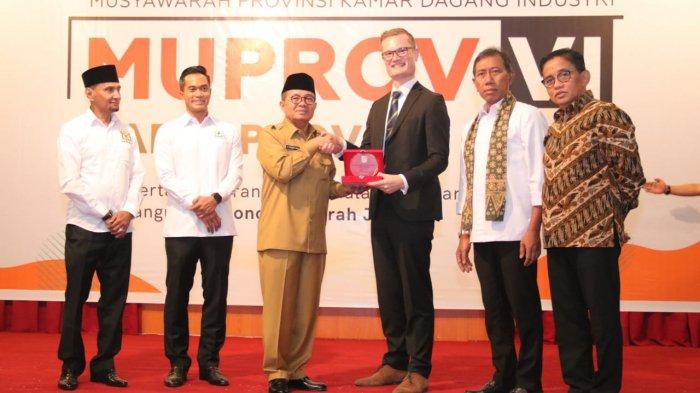